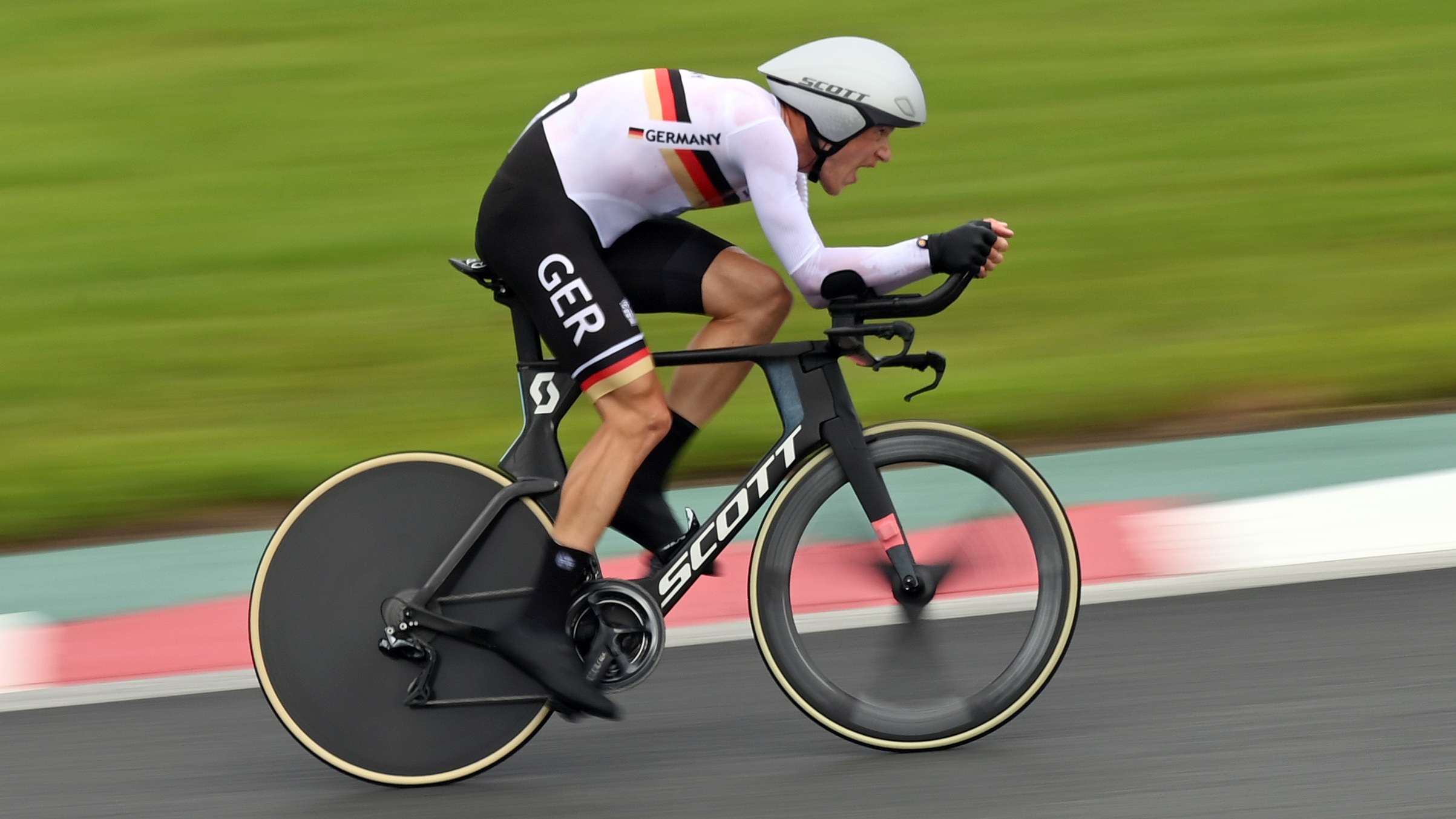 Germany smashed the women’s team pursuit world record in the Olympics qualifying competition on Monday, crossing the line in a time of 4min 07.307sec.

The German quartet of Franziska Brausse, Lisa Brennauer, Lisa Klein, Mieke Kroeger beat the previous mark of 4:10.236 set by the British women’s team at the 2016 Rio Games by nearly three seconds. Britain, led by Laura Kenny, also broke their Rio record with a time of 4.09.022 on what appears to be a lightning fast track at the Izu Velodrome southwest of Tokyo. But Germany are the early frontrunners in the women’s team pursuit, for which their reward will be a duel on Tuesday with Italy.

Britain will face the United States, with the two winners of the heats racing for the gold medal. “We knew the world record was going to be broken and we expected it to be the Australians or the Americans, so it was weirdly comforting that it happened when we weren’t looking,” said Britain’s Elinor Barker. “We’re really, really happy. It’s unfortunate that Germany were so much faster than the world record, but I think we can be happy with that.”

Britain won gold in the women’s team pursuit in Rio and also in London four years earlier, with Kenny hoping to claim a record-extending fifth Olympic gold medal. Germany, though, will be encouraged in their chase for a first Olympic medal in the event after they finished third in last year’s world championships. France, New Zealand, Australia and Canada all missed out on the chance to race for a medal. Australia’s placing in seventh was a particular surprise given they had been expected to challenge for gold. The team pursuit is the most prestigious event of the track programme, pitting teams of four against each other over 16 laps, with the time taken after the third rider crosses the line. Qualifying for the men’s event begins later on Monday.

Govt warns of strict sanctions if Covid-19 SOPs not implemented

Pakistan to receive huge offer from Russia, billions of dollars and much more