It is a heartening trend that new people are entering Pakistan’s cinema industry and making a variety of films for the entertainment of cinema loving people of the country.

Unfortunately, many of the newcomers disappoint the audience with their product and failed to bring the masses to cinemas.

Kamran Bari will also become another new entrant in the field of filmmaking with his film ‘Kahay Dil Jidhar.’

Kamran Bari started his career through music. “My schooling is from Beaconhouse and I did my graduation from Govt Commerce College”. During his college life, he formed a music band Suroor. He got mileage from singing ‘Pyaar to Hona Hi Hai’ an ost for the Bollywood movie “Sunday” Suroor band also did a song for United Nations “Aao Socho kay kyun” for child abuse and a democratic song “Jamhooriat Chalti Jaye” with various artists during election days.

Kamran said that famous actor of yesteryears Jamshed Ansari was his maternal uncle. I always push my uncle to get me a role for television but my father was very strict so his efforts never materialized. When I entered college, I found likeminded friends and we formed a music band.

Kamran revealed that acting is my passion and now I will fulfil my childhood dream by acting in Kahay Dil Jidhar. Talking about the movie, he said I started this movie Kahey Dil Jidhar in 2017, I wrote this movie and it is directed by Jalal Roomi. I am making my acting debut in this movie. Other actors in the cast are Manasha Pasha, Junaid Khan, Roma Micheal, Sajjid Hassan and Atiqa Odho.

Mansha Pasha will be playing the character of a journalist. After evaluating her acting in Lal Kabootar, we think that she fits in the assigned role perfectly. We selected Mansha Pasha for her ability to express herself.

Kamran Bari started his career through music. ‘My schooling is from Beaconhouse and I did my graduation from Government Commerce College.’ During his college life, he formed a music band Suroor. He got mileage from singing ‘Pyar tou hona hi tha’; an OST of Bollywood film ‘Sunday’. Suroor band also did a song for United Nations ‘Aao Socho Ke Kyun’ for child abuse and a democratic song ‘Jamhooriat Chalti Jaye’ with various artists during election days

Movie is in two parallel life zones that is profession and student life. We have to keep this aspect in mind while selecting the cast and Mansha and Junaid fits perfectly in this scenario

The genre of this movie is subjective. This story of this movie will highlight the negative impact of drug addiction on our society

Kamran also elaborated that selection of cast is not a guarantee for the success of any movie. I believe that if story is not good or if actor is not delivering than movie is bound to fail.

Drug addiction spread in my view is a conspiracy against our society. My analysis is that a person enters into negative and positive habits through his/her company. Friends play vital role in your life. This movie is reflecting the role of friendship in a person’s life

I am from a musical background so we did lot of fusion in this movie’s music. Music of this movie will be rich. This movie has a unique Qawali which public will definitely enjoy. This movie has six sound tracks and three of these tracks are situation based.

Story and music is our strength. We have shot the movie on Arri Alexa. Locations used in movie are Karachi, Swat and various other northern location of Pakistan.

Atiqa Odho is coming in this movie as an ANF officer. “Good part is that Anti-Narcotics Force is on board with us for this movie”. Kamran is trying to restrict the duration of this movie to approximately two hours. 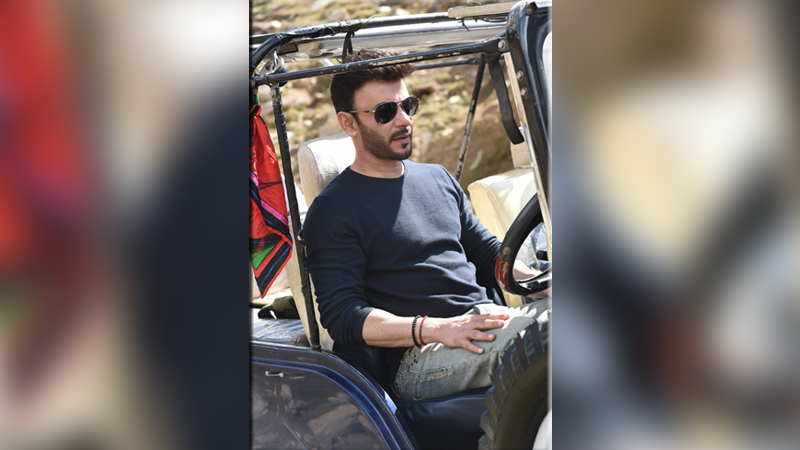 Kamran further said that there is no fixed formula to make a movie. I believe that many of our movies are weak in content. A movie’s promotion is done effectively by word of mouth and how a person can promote a movie which he or she don’t see beyond interval.

Kamran elaborated that when entering showbiz, I promised my mother to use this industry in a positive way and kahay Dil Jidhar is an attempt in this direction. In future also I plan to make movies highlighting the genuine issues faced by our society.

Bari has confidence in his product and he is optimistic that public will come to cinemas in large numbers to see this film.

The writer is a freelance journalist. He can be reached at kzk1972@gmail.com and Tweets at @KhurramZiaKhan

Fazl hints at shifting to a ‘more effective ground’

Pressure is on Bottas to impress Mercedes at Hungarian GP